“I lament the loss of honest Richard Hough. Such men must needs be wanted where selfishness and forgetfulness of God’s mercies so much abound.”—William Penn, 1705 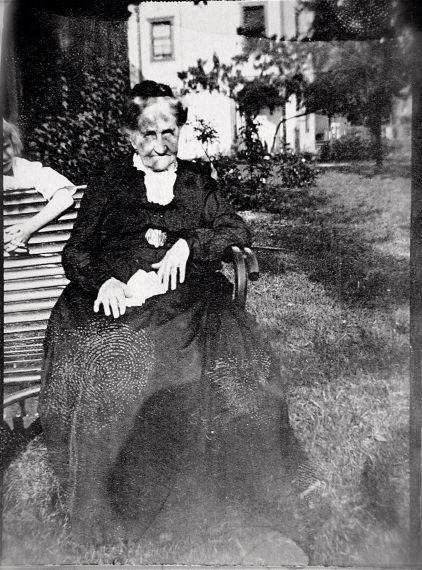 Rebecca Hough’s parents were John Thompson Hough (1801-6 Nov., 1869), a cabinet maker in Pittsburgh, and Mary Ann McBride (b. 1804, New Jersey). Rebecca was a direct descendant of the early Quaker Richard Hough (1650-25 March, 1705), a trusted friend and advisor of William Penn. Penn asked Hough to accompany him to Penn’s new land in America to assist in governing the nascent commonwealth.

According to the Genealogical and Personal Memorial of Mercer County, New Jersey, edited by Francis Bazley Lee, “Near a spring of water, Richard Hough built a stone house, one of the few early ones in [Bucks] county, only the most pretentious being built of that material. The stone, no doubt, came from his own land…. In this house six generations of the line all descendants of Richard Hough, were born, part of the land remaining in their possession until 1850, when they removed to Ewing Township, Mercer County, New Jersey. [Hough] belonged to the Falls Meeting of the Society of Friends, and in this house, the first meetings of the society were held until the building of the Falls Meeting House in 1690, the first in the county. The Bucks County Quarterly Meeting continued to be held there…until 1606.

“Richard Hough took an active part in all the affairs of the early days of the county, political, social, and religious. He was one of the commission or jury that made the first official division of Bucks County. For many years he took a prominent part in the government of the province. He represented Bucks County in the Provincial assembly in 1684, 1688, 1690, 1697, 1700…and 1703; was a member of the Provincial Council in 1693 and 1700…. During the meeting of the General Assembly of 1699, Richard Hough was appointed, May 15, one of a committee ‘to inspect into the Account of Charges which have accrued upon occasion of the Privateers plundering the town of Lewes;’ during a second session devoted to the consideration of the same subject, Mr. Hough took an active part, and more stringent laws were passed against piracy and illegal trade. He was one of the few supporters of the proprietary in the assembly of 1704, and continued to be a member of the supreme executive council of William Penn or a member of the assembly until his death.”

On 25 March, 1705, Hough drowned in the Delaware River. James Logan wrote to William Penn from Philadelphia, “Richard Hough, one of the best in the house, was about three weeks ago, unfortunately, overset in a wherry, coming down the river, and, with two other persons, lost his life; the rest were saved. He is much lamented by all that knew him, and understand the value of a good man.” William Penn replied, ‘I lament the loss of honest Richard Hough. Such men must needs be wanted where selfishness and forgetfulness of God’s mercies so much abound.”

5 thoughts on “A Quaker Legacy”