END_OF_DOCUMENT_TOKEN_TO_BE_REPLACED

I own just a few early photographs of African-Americans, for they are scarce and much sought after. I present them with love.

As the Northern Hemisphere explodes with green life, let’s take a look back at rebirth celebrations of yesteryear.

END_OF_DOCUMENT_TOKEN_TO_BE_REPLACED

Last week, a storm brought 10 inches of snow to Western Maryland and turned my mind to snowmen of old.

In all probabilty, humans have sculpted snowmen for millenia. In 2007, Bob Eckstein, the author of The History of the Snowman: From the Ice Age to the Flea Market, told NPR that in writing his book, “I wanted to make it clear that snowman-making actually was a form of folk art. Man was making folk art like this for ages, and…maybe it’s one of man’s oldest forms of art…. [T]he further back you go, you find that people were really fascinated with snowmen.”

Eckstein says that building snowmen was “a very popular activity in the Middle Ages…after a snow came down and dumped all these free-art supplies in front of everyone’s house.” The earliest known representation of a snowman dates to that era, drawn in a 1380 A.D. Book of Hours. A century later, in 1494, Michelangelo was commissioned by Piero di Lorenzo de’ Medici, the Gran Maestro of Florence, to practice his art with snow. According to art historian Giorgio Vasari, “de’ Medici had him make in his courtyard a statue of snow, which was very beautiful.” Sadly, no one drew it for posterity.

In 1510, a Florentine apothecary, Lucas Landucci confided in his diary that he had seen “a number of the most beautiful snow-lions, as well as many nude figures…made also by good masters.” Another notable snowmen outbreak occurred just a year later, when folk in Brussels built more than 100 of them “in a public art installation known as the Miracle of 1511,” notes Atlas Obscura. “Their snowmen embodied a dissatisfaction with the political climate, not to mention the six weeks of below-freezing weather. The Belgians rendered their anxieties into tangible, life-like models: a defecating demon, a humiliated king, and womenfolk getting buggered six ways to Sunday. Besides your typical sexually graphic and politically riled caricatures, the Belgian snowmen, Eckstein discovered, were often parodies of folklore figures, such as mermaids, unicorns, and village idiots.”

END_OF_DOCUMENT_TOKEN_TO_BE_REPLACED

“When old Francis died in 1913, Dad sent him off in a hearse pulled by four black horses followed by mutes carrying ostrich feather wands and a procession of friends and family in the deepest mourning possible.”—Barbara Nadel

END_OF_DOCUMENT_TOKEN_TO_BE_REPLACED

New Year’s Eve was celebrated on 31 December for the first time in 45 B.C. when the Julian calendar came into effect.

END_OF_DOCUMENT_TOKEN_TO_BE_REPLACED

During World War I, soldiers on both sides ceased dealing death for one joyous Christmas Day.

It came and then was gone, but for a while, death held no dominion on the battlefields of France. Soldiers on both sides were entrenched, following killing orders from generals and cousin kings. “You no shoot, we no shoot,” the signs Germans troops held up supposedly read. So, the British did not shoot. Instead, they all met in the middle—a muddy No Man’s Land. They decorated tiny Yule trees and exchanged cigarettes, cigars, tinned foods, and even helmets. They buried their dead; they sang carols and played football, too.

According to historian Gerard DeGroot, a professor at the Unversity of St. Andrews, “The truce was, first and foremost, an act of rebellion against authority. In the trenches, though peace on earth seemed a ridiculous fantasy, impromptu ceasefires had been occurring as early as December 18. The British High Command, alarmed that the holiday might inspire goodwill, issued a stern order against fraternization. Officers were warned that yuletide benevolence might ‘destroy the offensive spirit in all ranks’. Christmas, in other words, was to be a killing time.

“The Germans, however, were stubbornly festive. In an effort to bolster morale, truckloads of Christmas trees were sent to the Kaiser’s forces. All along the line, Germans were acting in a bizarrely peaceful fashion. Guns fell silent. Candles and lanterns taunted British snipers. Late on Christmas Eve, Germans singing ‘Stille Nacht’ [‘Silent Night’] echoed across no man’s land. The British, initially perplexed, soon joined in.”

END_OF_DOCUMENT_TOKEN_TO_BE_REPLACED

“Mothers, I believe, intoxicate us. We idolize them and take them for granted. We hate them and blame them and exalt them more thoroughly than anyone else in our lives. We sift through the evidence of their love, reassure ourselves of their affection and its biological genesis. We can steal and lie and leave and they will love us.”—Megan Mayhew Bergman

I wish all mothers a happy day of love and peace. For all you have done and will do, you are saluted.

The eerie and eclectic photography of Caroline Leech

Carolyn, an English woman who lives in Spain, writes of herself: “I am an obsessive Victorian and lover of all things Gothic. As a child I would often rather spend my pocket money in the local antique shop on postcards, photos, stamps or coins than in the toyshop. History just always fascinated me.”

“I then developed an interest in spirits and faeries and fell in love with writers such as my beloved Charles Dickens, Sheridan LeFanu, Emily Dickinson and with the whole world of Victorian spiritualism, mourning, the faery painters of the time and also the darker aspects of Victorian society.” 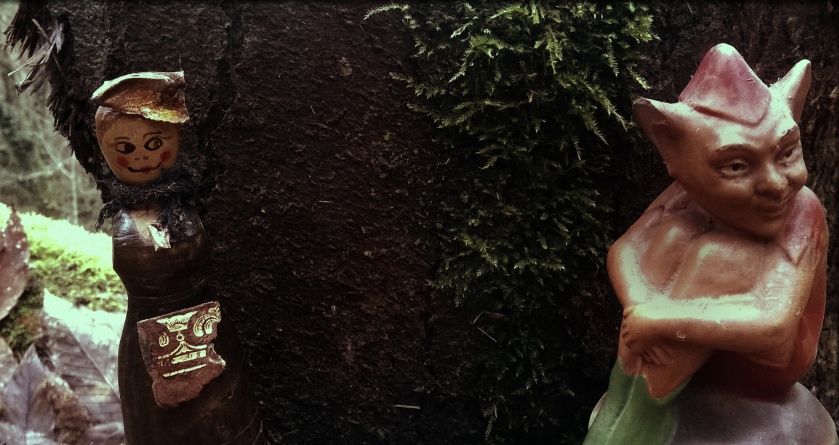 “I live in a watermill in the middle of a forest, which is always an inspiration to me. I feel I am surrounded by all sorts of spirits.” 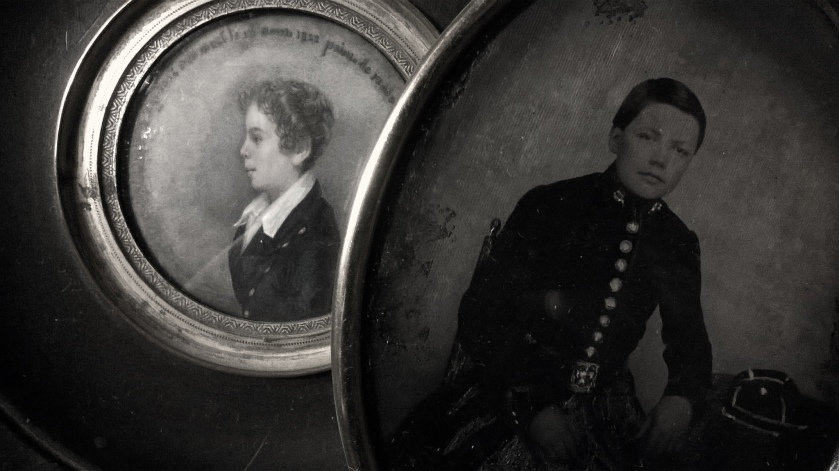 “I have been an antique dealer and visionary artist for years and am also a keen amateur photographer of anything mysterious. My greatest love is of course Victorian photography, these amazing ghosts which pleasantly haunt the pages of my book and the drawers and cabinets of my bedroom.” 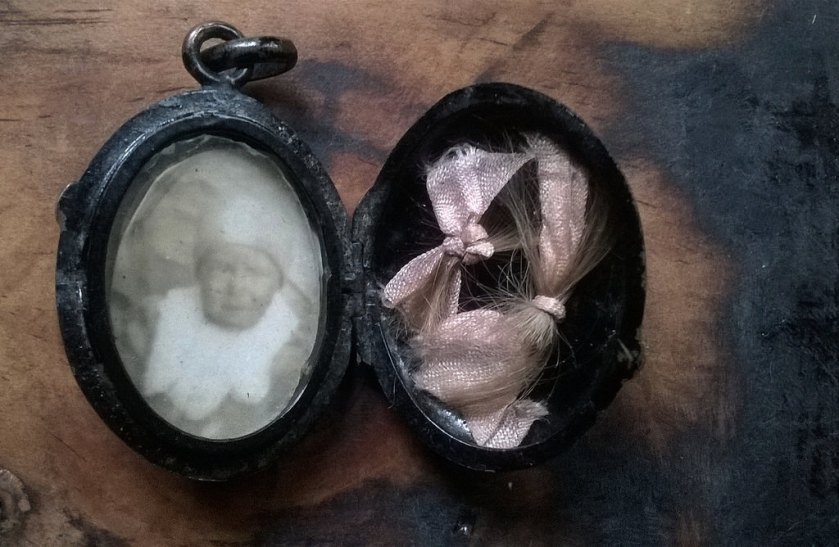 Caroline’s book of photos and poetry can be purchased at Amazon. You can also visit her Flickr photostream. Ω 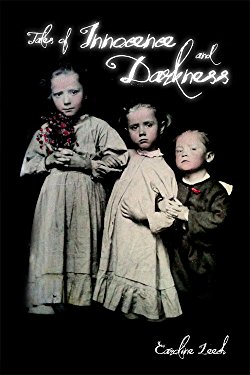